If you know you will have to dispose of a good amount of garbage in the near future, your best choice includes using a dumpster. While a series of garbage cans may have the ability to get the job done, this technique probably will not be as easy as using one dumpster. 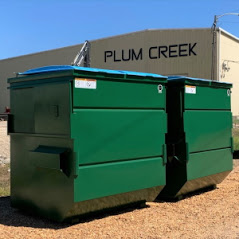 These are the kind of dumpsters you frequently see outside of commercial buildings. Coming in a broad array of sizes, front-load dumpsters typically can get your business through one day of waste disposal. In the majority of cases, they’ll get you through more than one day.

Compared with rear-loaded dumpsters, these dumpsters are usually narrow and short. It enables them to be stored in pretty small spaces.

Generally, front-load dumpsters will slightly slant to enable convenient and easy disposal. Typically, you will have the ability to easily drop waste directly down inside them; rather than having to toss it over your shoulder.

A rear-load dumpster is a good choice for the ones with plenty of room to spare. Because they are larger than front-load dumpsters, they’re a lot harder to fit into small areas.

But if the space is available, they’re usually the better option. More disposal space will equal fewer visits to the recycling facility. In the long run, it leads to savings.

A roll-off dumpster is a low-sitting, massive dumpster that’s easily accessible to individuals of all heights. Oftentimes used for construction jobs, roll-off dumpsters are well-known for their convenience and offering a simple-to-reach space for all purposes of waste disposal.

Given their skinny and long shape, they generally can be positioned in such a way that keeps them from taking up too much space.

Whether you are managing a construction site or are merely wanting to make a few renovations to your house, roll-off dumpsters will serve you well.